Forward-thinking minds like Stephen Hawking and Elon Musk have all warned about the consequences of AI, and it’s worth wondering about its coming application in an industry as crucial to human survival as healthcare.

On a gorgeous spring day in Portland, around 3,000 people gathered at Keller Auditorium to witness a day-long event featuring incredible stories from 17 speakers from the technology, education and design industries.

The expansion of autonomous driving technology is surging, and new information on companies like Alphabet and Apple signal what we can expect in the years ahead. Waymo’s California DMV Application Reveals New Technology Details In April, California’s DMV began accepting applications for testing fully driverless cars. As of now, according to IEEE Spectrum, just two […]

Any cybersecurity expert will tell you it’s not a matter of if you will be hacked, but when. Healthcare organizations across the country are quickly learning the truth about that axiom.

While most of the establishment sought after government contracts, these startups gambled on private investment — and now it’s paying off.

Increasing product complexity is forcing all levels of organizations, across industries, to transform their development process or risk becoming relics.

At Jama Software, we’ve been working with innovative companies at the forefront of this endeavor. One of the common challenges we’ve seen is product and engineering leaders lacking visibility and critical insights into their product development process.

Jama Connect has never been more powerful for understanding your full product development lifecycle and proving you built the product you set out to build. Here are some highlights of its features and updates to help you hit your product launch target. 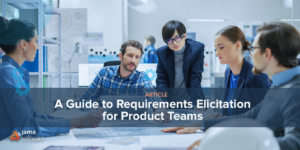 A Guide to Requirements Elicitation for Product Teams 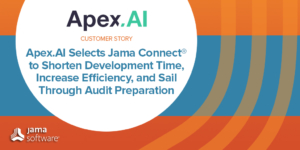 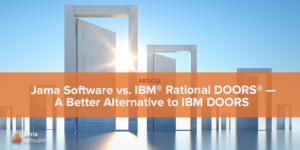