Every Person Deserves the Right to Be Themself: Colleen Yeager at TEDxPortland 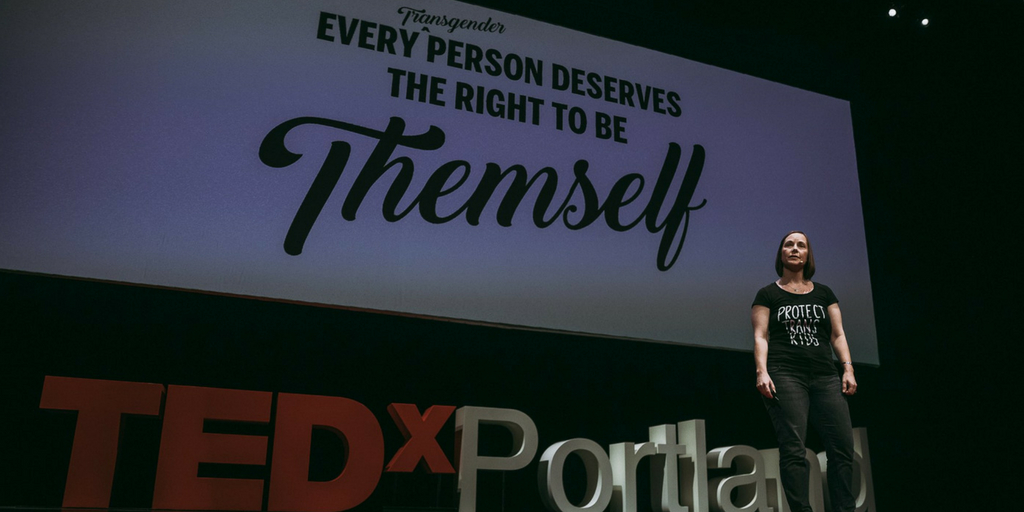 On a gorgeous April morning in Portland, around 3,000 people gathered at Keller Auditorium to witness a day-long event featuring incredible stories from 17 speakers from the technology, education and design industries.

The theme for the eighth year of TEDxPortland was “Bridges” — an homage to Portland’s bridges, which, according to the event’s description: “Represent our progress and expose our challenges. From a past tarnished with racial inequality to a present that seeks to transcend that story.” 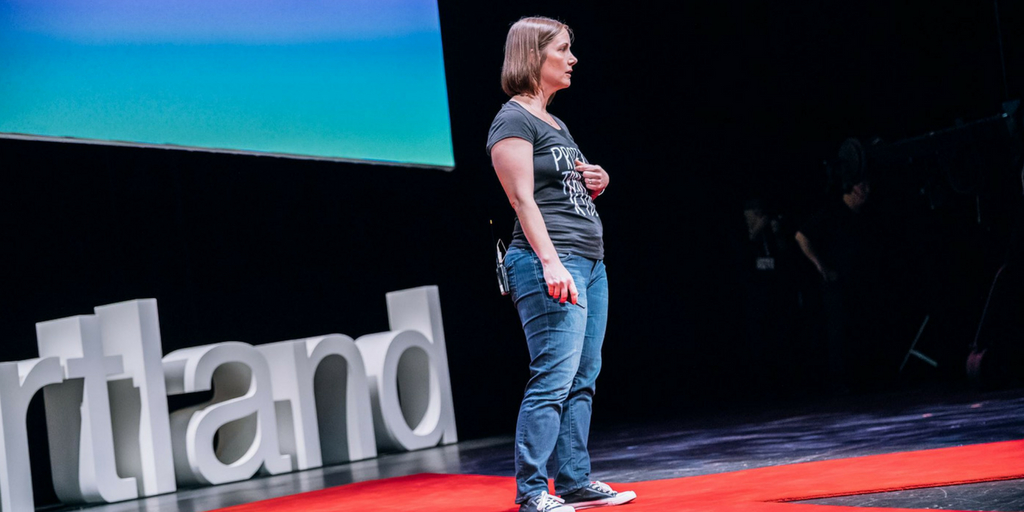 As excited as I was to hear other speakers, as a fellow Jama employee, Colleen was my main draw. I’d personally been very moved by Colleen’s talk “Becoming Eli” hosted by PDXWIT in May 2017 when she first shared the story of her child discovering his transgender identity.

Now, a year later for TEDxPortland, Colleen presented a version of the story which was just as bold, if not more so, for one of Portland’s biggest stages, as important mantras flashed behind her as she spoke.

As one of the first presenters of the day, Colleen brought the audience to its feet as we applauded her and Eli’s bravery in sharing this story straight from the heart. The talk taught us so much about the family’s vulnerable and powerful journey, while raising awareness about the transgender community and challenging us all to be active allies. Here are some key take-aways from Colleen’s presentation.

1. “Every Person Deserves the Right to Be Themself”—

Colleen opened her story with this maxim to introduce her child’s process of discovering his gender identity, and the experience of transitioning from a girl (“Nora”) to a boy (“Eli”).

At the age of three, Nora began acting out and rejecting all things feminine: clothing, hairstyles, toys. Colleen and her husband, Chris, were open to this exploration and did not want to put their kid “in a box” of fitting into gender normative stereotypes.

Nora started asking questions about biological sex, which was a turning point for Colleen and Chris. By the time kindergarten rolled around, “The light [Nora] had come into the school year with had dimmed.”

After two years of undergoing gender dysphoria therapy, Nora opened up, and it was clear how much she had been suffering. Things took a turn for the better when Nora met someone her age who is also transgender.

After some conversation about gender identity, Nora lit up, and before they knew it, they were on a “bullet train to boy town,” as Colleen fondly recalled of her family’s experience after this breakthrough moment. “This train was unstoppable,” she said.

2. “It Is Not A Choice”
The next day at school, this child walked confidently into class and re-introduced himself as “Eli, and I am a boy in my heart.”

His classmates were quick to welcome Eli with compassion and genuine excitement about having a new friend, “who was actually an old friend.”

This is a shining example that we all need to acknowledge and set aside our own prejudices. “Our lives had been totally transformed,” Colleen said, recalling this pivotal moment.

Here’s a crash course in gender identity vs. biological sex: “Having a gender identity that differs from your biological sex is not a choice. Ask yourself, ‘When did you decide on your gender identity? Would you choose otherwise?'” Colleen emphasized the importance of understanding this distinction, and doing whatever we can to gain awareness, raise our voices and protect the transgender community.

What does it mean to be an ally? Colleen lays out a map for us:

I felt an incredible sense of solidarity in showing up with a group of over 70 Jama employees to support Colleen and hear stories from the Portland community. This event was a reminder that beyond our comfort zones and the bubbles of our daily lives, we are surrounded by amazing people and organizations working hard every day in our city to build bridges.

This post will be updated with video from Colleen’s TED talk once it’s available.