Wright vs Langley: How Private Equity and Innovation are Changing Space Exploration 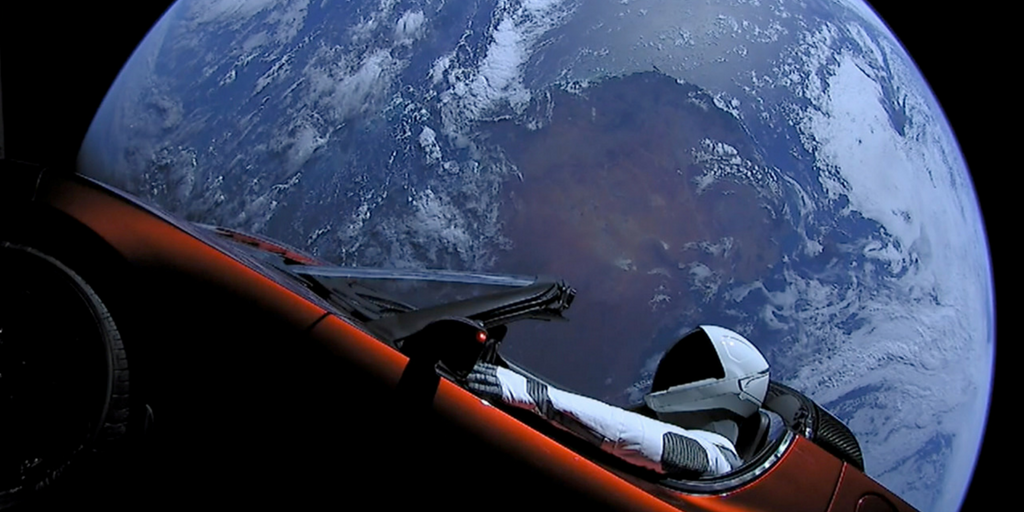 In the book Start With Why, author Simon Sinek recounts the story of Samuel Pierpont Langley — former secretary of the Smithsonian, professor of mathematics, friend of Andrew Carnegie and Alexander Graham Bell, recipient of a $50,000 grant from the War Department and the man destined to invent the “world’s first heavier-than-air flying machine.” At the time, Langley was the establishment and it was his invention for the taking.

But “Langley” isn’t the name we remember when we think about the American pioneers of aviation. Instead, we remember the two brothers from Dayton, Ohio. The ones with no investment backers or government grants, only the financial support of their own bicycle shop — the Wright brothers.

Over the last 20 years, a similar story started again. In an attempt to land a miniature greenhouse on Mars, Elon Musk founded SpaceX in 2002 with rocket engineer, Tom Mueller. Two years later, Richard Branson founded Virgin Galactic with funding from a small collection of private equity backers. Today, there are more than 1,300 aerospace startups.

While most of the establishment sought government contracts, these startups gambled on private investment — and now it’s paying off.

As Celeste Ford, CEO of Stellar Solutions, an aerospace consulting firm, told SpaceNews.com “Legacy space was all government funded. The government said ‘jump’ and the industry said, ‘how high’… Now we have other sources of money in space that didn’t exist before.”

And you should see how high they’re jumping now.

“Feels like 1998, that was the last time we had the same level of enthusiasm with [aerospace] startups,” Randy Kendall, VP of launch program operations at The Aerospace Corporation told SpaceNews.

Just how enthusiastic? New York City based VC firm, Space Angels recently published their Q1 2018 Space Investment Quarterly report stating, and there has been a total of $14.8 billion of private equity investments in aerospace startups since 2009, with roughly $10 billion coming between 2015 and 2017 alone. Don’t count out 2018 too, it’s on pace to match or exceed 2017’s record-setting $4 billion. For comparison with another hot-topic industry, Crunchbase data says IoT startups raised $3.5 billion between 2015 and 2017 — that’s a difference of $6.5 billion!

Still not convinced something worth watching is happening?

With similar investments for startups between seed through series D rounds for the first quarter of 2018, the same Space Angels quarterly report says that the combined General Technology ventures have an accumulative series D valuation of roughly $150 million — that spans IoT, blockchains, semiconductors, software, etc. Space Ventures… $400 million. That is over 2.5 times the valuation with roughly the same investment!

Sure, maybe we need to pump the brakes a little. After all, we’ve seen similar energy before in the late 1990s and that didn’t pan out. As Kendall told SpaceNews, “The question I get a lot is, ‘What’s different today?’” For him, the answer is obvious: technology.

A Site to Behold

Musk launched his Tesla roadster into Mars orbit (shown above) with his Falcon Heavy rocket, successfully landing the reusable automated thrusters back on Earth as if the video was played in reverse. The team at Boom Supersonic is trying to fly across the Atlantic in three and a half hours. Branson’s Virgin Orbit is attempting to fly commercial passengers into space from a runway. And Paul Allen’s Stratolaunch has developed the world’s largest aircraft by utilizing six Boeing 747 engines.

What these aerospace ventures are building isn’t the only thing catching people’s eyes. They’re moving faster, leveraging modern technologies and unburdened by legacy tools and processes. According to SpaceNews, a Pentagon advisory panel, the Defense Science Board, recently issued a report stating, “Software has become one of the most important components… and it continues to grow in importance.”

However, traditional government contractors haven’t kept up with modern development tactics. According to the report, “SpaceX appears to be an ‘existence proof’ that modern DevOps commercial practices can be used effectively for [developing] rapidly changing systems that are mission critical.” These aerospace startups are changing the industry and they’re doing it in completely new ways.

The question then becomes, Langley or Wright?

According to Start With Why, “After Orville and Wilbur took flight, Langley quit. He got out of the business. He could have said, ‘That’s amazing, now I’m going to improve upon their technology.’ But he didn’t.”

So, do we learn from these startups and leverage their technology and ways of working, or do we ignore them and risk missing out?

According to SpaceNews, the Pentagon sure thinks the DoD can learn a lesson or two.