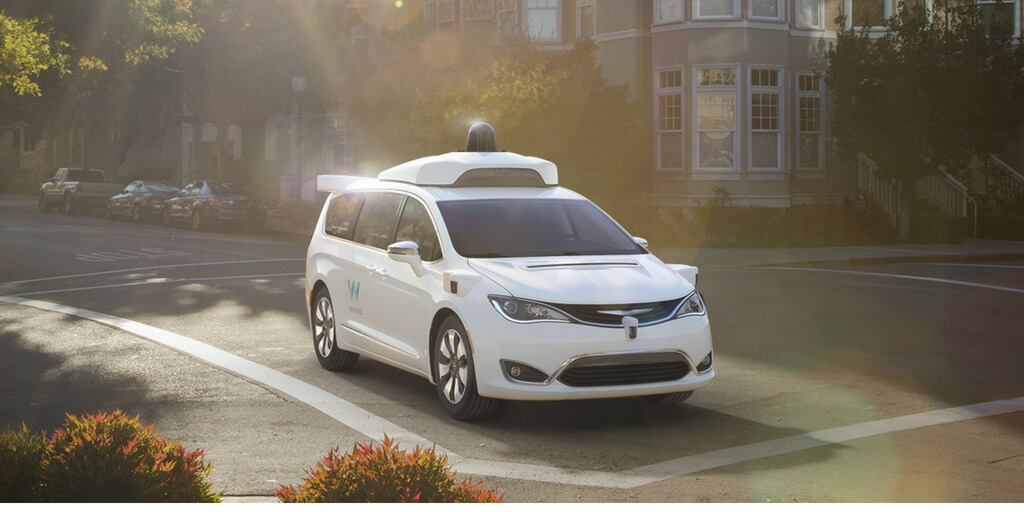 The expansion of autonomous driving technology is surging, and new information on companies like Alphabet and Apple signal what we can expect in the years ahead.

Through a public records request, IEEE got a hold of Waymo’s application to the DMV and it had a trove of interesting information. For starters, Waymo is asking for permission to test 52 fully driverless vehicles, all of which are Chrysler Pacifica hybrid minivans. For comparison, JingChi — the other company that has applied for the same permit in California — is shooting to just test a single vehicle, according to IEEE.

The DMV also necessitated that applicants outline some operational elements of their driverless vehicles. According to IEEE, Waymo says its cars are capable of navigating a majority of roads and parking lots, and speeds of up to 65 mph. They can also endure fog and light rain, but should the vehicles hit anything too intense, such as a monsoon or snow, they’ll typically pull over to the side of the road. (We’re guessing that’s to wait out the conditions.)

Another eyebrow-raising bit is how Waymo driverless vehicles interact with emergency services. Aside from yielding to ambulances, for instance, if a Waymo car gets approached from behind by a police car with flashing lights, the vehicle has the capability to pull over, unlock its doors, and roll down a window so the officer can safely approach and then communicate with Waymo’s remote support team. There’s also some details about how law enforcement can completely disable the vehicles, if necessary.

If you’re interested, head on over to IEEE to check out their full report, as it’s an extremely interesting read.

How Does an Autonomous Vehicle Navigate Unmapped Roads? Like This.

Many of us rely on some sort of mapping software, typically on our phones, to get us around these days, and driverless cars are no different. And that’s part of the reason why companies are testing driverless vehicles in urban and suburban areas, as they provide ample access to mapped roads.

But what if a driverless car needs to venture off into the many miles of a country where Google or Waze hasn’t meticulously mapped? Whether the roads are unpaved, unmarked or just way out in the backwoods, some researchers at MIT believe they may have the answer for when an autonomous vehicle needs to navigate these areas.

MIT’s Computer Science and Artificial Intelligence Laboratory (CSAIL), in a collaboration with Toyota Research Institute, has created MapLite, which is a framework that enables self-driving cars to navigate roads they’ve never seen before without relying on 3-D mapping technology.

According to MIT, MapLite uses GPS data and a number of sensors that observe conditions on the road for autonomous vehicles. When tested on unpaved roads in Massachusetts, MapLite reliably detected the terrain more than 100 feet in advance.

“The reason this kind of ‘map-less’ approach hasn’t really been done before is because it is generally much harder to reach the same accuracy and reliability as with detailed maps,” CSAIL graduate student Teddy Ort told MIT News. “A system like this that can navigate just with on-board sensors shows the potential of self-driving cars being able to actually handle roads beyond the small number that tech companies have mapped.”

Check out the technology in action below:

Apple is pressing the gas on its stable of autonomous vehicles.

Mac Reports has learned that Apple now has 55 self-driving test cars in California, which is up from 27 earlier this year.

That leaves Apple with the second largest fleet of self-driving cars in the state, behind GM Cruise which has a whopping 104. There’s not a lot of reliable information on what the notoriously secretive Apple has planned for the driverless car space, but any area where the Cupertino-based company is involved draws immediate interest.

To be clear, Apple’s permit to test self-driving cars in California still requires a driver to be present in the vehicle, unlike the applications from Waymo and JingChi mentioned earlier. Given Apple’s aggressive rate of scale right now in the autonomous vehicle space though, we wouldn’t expect them to be too far behind.