PDX Women in Tech has humble beginnings — very humble, in fact. In late 2011, after a thrilling experience at the Grace Hopper Women in Computing Conference in Portland, I felt sad. I was sad because all the smart as hell women went home to their respective cities. I would probably never hear Sheryl Sandberg speak in person again and I would never feel such camaraderie with a diverse group of people. Also, I had to go back to work at my IT Systems Administrator job surrounded by people with whom I could not relate to (read: there were very few women!).

Luckily I had previously arranged a first time coffee meeting with Kasey Jones at Starbucks. It was the unknowing antidote to my despondence. I shared my sadness and she shared hers. We bonded and commiserated.

“I hate my job because I have no one to talk to.”

“Why do I have to go to a conference to meet awesome women in tech?!”

“Sure, there are other women-specific tech groups out there, but their titles include ‘code’ and ‘hack’ and I’m not a coder or a hacker!”

“My co-worker just asked me out on a date again–for the third time!” 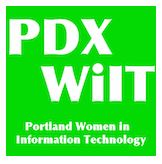 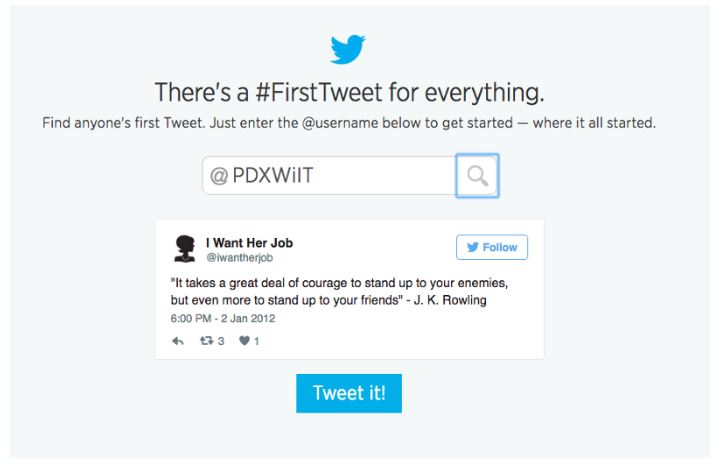 Yes, apparently our first tweet was a retweet. Did I mention our humble beginnings?

Step 4: Announce a meeting place and time, and see what happens

At this point we both decided that the absolute worst that could happen was Kasey and I would share an empty bar for two hours. We had nothing to lose. In January 2012, we arrived at what used to be the H50 Bistro on Naito Parkway in Portland, OR and waited for people to arrive. They did. Fifteen of them in fact. We declared victory and have been meeting monthly ever since.

Four years later, we’re ready to take another leap of faith. Our next step is a big one. We have officially decided to make the transition from a simple community user group to a not-for-profit 501c3.

The decision to make this move wasn’t easy. You can read more about it in the letter sent to our members below. While there’s tremendous value in bringing women together to network, I want us to do more and dream even bigger together. We had to level up. Taking on more work requires more resources.

Not only are we making the transition to a nonprofit but we successfully raised our first dollar. Adrienne Barnett, one of our board members and a professional photographer, came up with the idea for a Headshots Fundraiser. Since every professional needs a great headshot, and not everyone can afford their own photoshoot, we thought this was a win-win opportunity. Adrienne offered her skills, Jama Software offered the studio space, and our first fundraiser came together. Mirroring our first event, we put the call out and people responded. In fact, it sold out with such high demand that we will do it again soon.

Today, we’re more energized than ever to charge ahead and take on the challenge of creating a more equitable and diverse Portland tech scene. 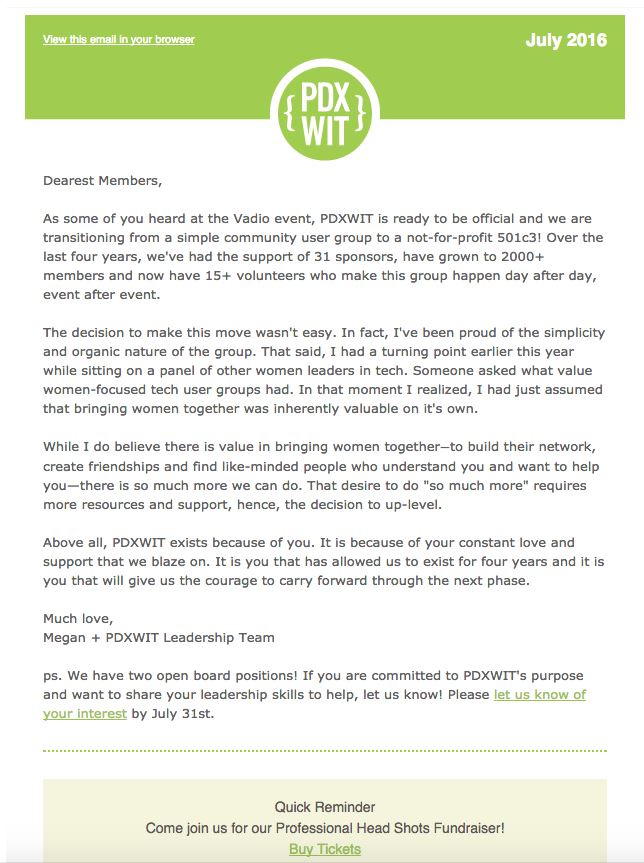