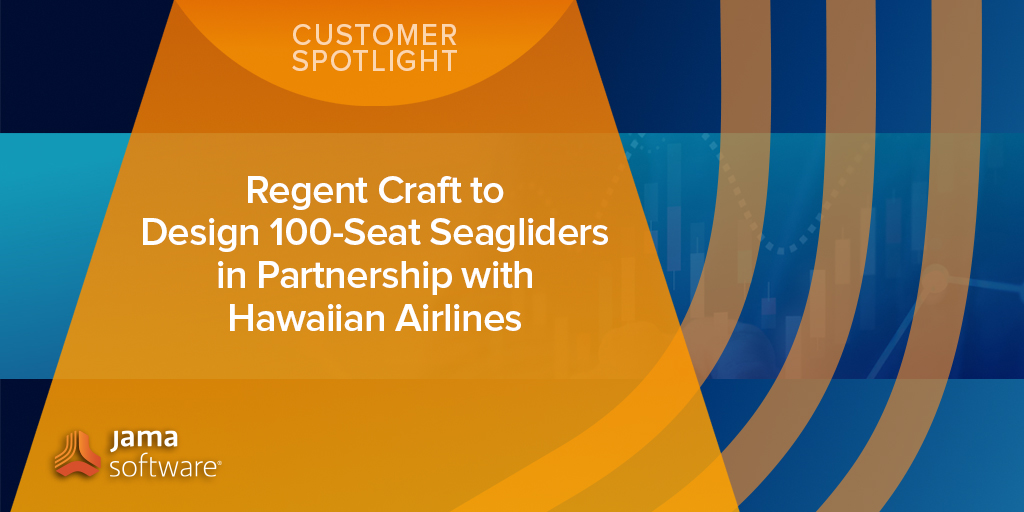 Jama Software is always on the lookout for news on our customers that would benefit and inform our industry partners. As such, we’ve curated a series of customer spotlight articles that we found insightful. In this blog post, we share content, sourced from Flying Magazine, about one of our customers, REGENT titled “Regent Craft To Design 100-Seat Seagliders in Partnership with Hawaiian Airlines” – which was originally published on May 27, 2022, by Jonathan Welsh.

An investment agreement with the airline supports the initial design of the Regent’s Monarch vehicle. 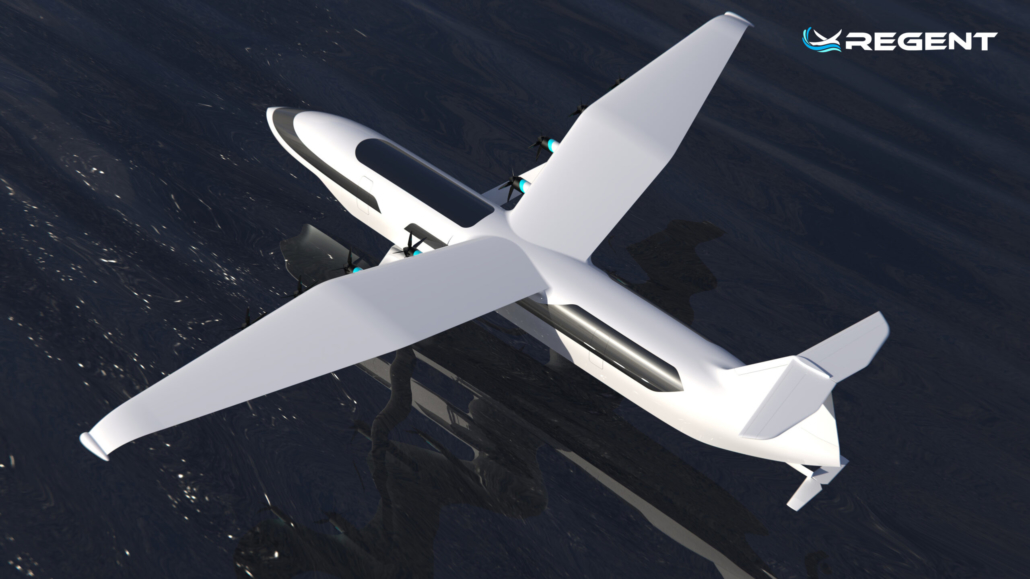 An early rendering of Regent’s Monarch, a 100-passenger electric-powered seaglider.

Regent Craft said it has entered an investment agreement with Hawaiian Airlines that will help support the design of Regent’s Monarch, a 100-passenger electric-powered seaglider the Boston-based company plans to have ready for commercial service by 2028.

Seagliders are boat-aircraft hybrids in a category of vehicles sometimes known by the acronym WIG, for wing-in-ground effect. They fly at low altitude over water to take advantage of the cushion of air between the wing and water that helps keep the craft airborne using less power than would be required to fly at higher altitudes like an airplane.

RELATED: Certification and the Role It Plays in the eVTOL Aircraft Market

Many pilots are familiar with ground effect, which also causes airplanes to “float” down the runway, seemingly refusing to touch down, when landing with excess airspeed.

Regent’s seaglider designs operate like boats when leaving the harbor and use hydrofoils to lift the hull out of the water as it accelerates. The foils retract once the vehicle is flying in ground effect. Regent, which earlier this year announced a deal to build 200 smaller seagliders for Mesa Airlines, said Hawaiian Airlines becomes its first U.S.-based design partner for the Monarch with this investment.

The companies said seagliders are especially well-suited to the airline’s island-hopping operations. Designed for coastal routes, seagliders would compete with ferry boats and commuter seaplane operators.

“Innovative interisland transportation has been core to our business since 1929 when we replaced steam ships with airplanes. We are excited to be an early investor in Regent and to be involved in developing their largest seaglider—a vehicle with great potential for Hawaii,” said Avi Mannis, Hawaiian Airlines’ chief marketing and communications officer.