It’s tough to predict where the next generation of innovators will take technology in the years ahead, but it helps to give them an inside look at what’s happening today.

That’s one of the reasons Jama Software opened its doors on Jan. 31 to a group of students from Portland’s Rosemary Anderson High School.

With four locations in Portland, Rosemary Anderson is an independent high school serving at-risk youth. Among other things, Jama has been working directly with the high school since last year, contributing to its robotics program — The Rosemary Rebels — but this is the first time its students had the opportunity to check out our headquarters for themselves.

The seven students who visited Jama— Jose, Nataniel, Ashley, Nancy, Leeann, Chase and Caelan — were all interested in a future in the tech industry, said teacher Lakayana Dury.

“A lot of them don’t know what software is or how it works,” Dury said. “So it’s great to be able to expose them to this kind of stuff.”

After a brief welcome and tour of the office, Jama’s CEO, Scott Roth, talked to the students and fielded questions about how the company began, the types of products and industries it supports and the value of staying connected to the local community.

“It’s important companies in Portland have good relationships with schools,” Roth said. “You guys are the future.” 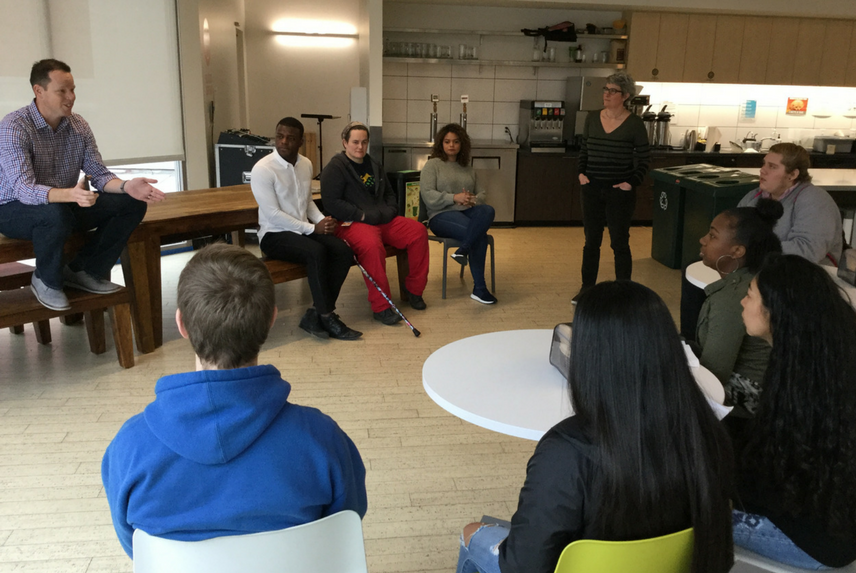 After the Jama team members took turns introducing themselves and describing what got them into tech, they begin answering questions and sharing advice.

For instance, Jahromi spoke about how she was initially intimidated by her male classmates when she initially began studying into Computer Science. Most of them had been working with computers since they were very young and Jahromi didn’t think she could possibly measure up. Once she started studying and digging into the topics she was interested in though, everything changed. “I was very, very wrong,” she said.

Bilal encouraged students to not shy away from topics or courses in school that are intimidating or hard to understand, as they’ll likely prove useful later in their careers.

For those interested in engineering and coding, Naissance recommended beginning with some light research on YouTube for instructional videos. And Ellingson encouraged students to make an account on GitHub, and to explore Lynda.com for introductory programming courses. “Keep poking at it,” she said. “See what works for you.”

The day wrapped up with donuts and a guided demo of Jama — which included a walkthrough of popular features like Review Center —  and the hope that more students from the high school’s other locations would be visiting soon. 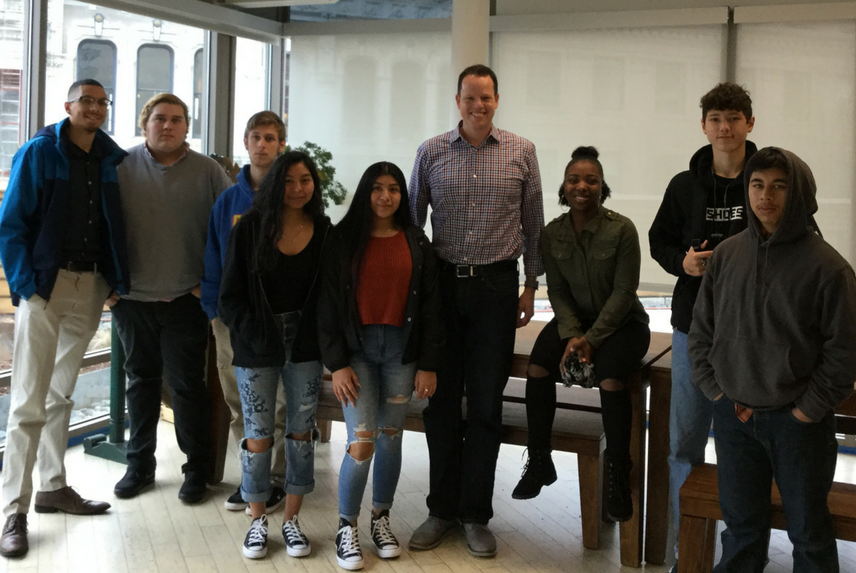