Today’s market for electric vertical takeoff and landing (eVTOL) is one of the most innovative and fast-moving in the aerospace industry, so keeping pace with ever-changing eVTOL certification standards is no easy endeavor.

The military led the way in eVTOL by transforming drones designed as toys, into tools used on the battlefield. But the most recognized use case spanning military and commercial application is in passenger transport. Air taxis and helicopter emergency medical services (HEMS) is also an area where dozens of companies are currently competing and taking a wide variety of technology approaches.

eVTOL developers are also looking at new ways to provide services to communities. The use of eVTOL aircraft in the utility sector requires relatively low operational complexity and reduces operational costs while bringing the benefits of lower noise levels, zero emissions, and more safety. Nearly any application that is being serviced by a helicopter today is wide open to eVTOL. There are endless applications for utility drones that can offer commercial services in the community, such as land survey, cargo delivery, agricultural seeding, lifting heavy loads, search and rescue, in addition to government use applications such as firefighting, law enforcement, and military operations.

Whether the aircraft is being developed for piloted passenger transport or an unmanned utility application, there are common non-technology challenges that impact both. These challenges include public acceptance, operational challenges, and some in marketing and distribution. One challenging speed bump are the regulatory hurdles. Presently, there are no unified certification standards.
Today a given eVTOL company would need a new certification for each country it operates in. Companies in EMEA are actively working with European Union Aviation Safety Agency (EASA) working group to help define generally accepted safety levels. In the US the FAA continues to expand certification requirements to cover innovation in aircraft design. Today’s eVTOL aircraft cross boundaries and are difficult to categorize. Is the aircraft a rotorcraft that would follow FAA Part 27 or is the aircraft a fixed-wing and follow 23?

RELATED: Getting Past Legacy Software Pains in Requirments Management

As eVTOL certification requirements expand and evolve, this volatility can be an advantage for Jama Software customers. Jama Connect’s application architecture provides capabilities to easily manage complex requirements and V&V data in a manner that makes it more streamlined to provide the necessary development process evidence.

As designs evolve and change or morph into new aircraft variants for expanding community service needs, Jama Connect’s change impact and variant reuse technology make it easy to identify where there are gaps or necessary re-design required. Documenting process adherence becomes automated and the generation of reports for EASA or the FAA takes just the click of a button. Complex supply chain communication and data exchange (long the turf of outdated tools or manual documents), is replaced by easy-to-use, web-based mechanisms that can plug into the digital engineering ecosystems used by innovative organizations.

Jama Connect, being first and foremost a requirements management tool, is built with what we call our secret sauce – live traceability. Live traceability creates a digital thread by connecting requirements, to architectures, to tests, and aircraft functions throughout the eVTOL design and development lifecycle. It is real-time query-able and maintains a full audit trail of all changes which can be easily reported on for demonstration of process evidence purposes. With Jama Connect, eVOTL engineers and also supply chain stakeholders can reap the benefits of the digital thread with built-in collaboration and robust data exchange.

Likewise, the risks of using spreadsheets — like user error and fatigue — for eVTOL certification are eliminated, and efficiency increases as teams can focus on their central duties. Live traceability also fosters team collaboration and enables earliest detection of possible production risks.

We’ve curated a few additional resources that you might find helpful- take a look! 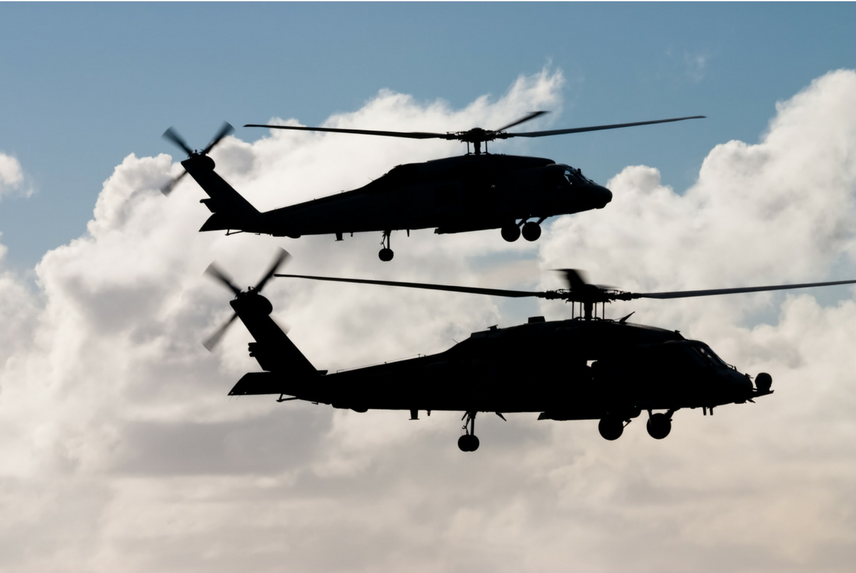 The United States’ Naval Air Systems Command (NAVAIR) is looking to advance its development process for aircraft and weapons, and at least one commander believes ditching paper will be the path forward.

That’s according to Vice Adm. Paul Grosklags, the keynote speaker at the National Defense Industrial Association’s Systems Engineering Conference earlier this week, according to a report by USNI News.

Grosklags is heavily in favor of moving away from paper-based product development. Instead, he’s advocating for transitioning to a model-based systems engineering approach that would foster the creation of specifications, digital drawings and testing in virtual environments.

USNI News reports that Grosklags thinks model-based systems engineering would help decrease the time and headaches associated with designing, vetting, reworks, and testing of new aircraft, weapons and ships. Plus, it would also assist with integration and training issues, which he specifically called out as current pain points for the operators of these products.

Moving NAVAIR to a model-based systems engineering approach would offer increased visibility for engineers into the actual environmental conditions these products would be operating in, for instance. Currently, NAVAIR is managing requirements through a less precise process.

Better requirements management could also help improve NAVAIR’s move to model-based engineering. And the benefits of migrating to a more modern product development process would extend through testing and evaluation.

“In the end, capabilities-based test and evaluation is about testing the capabilities – it’s not about ensuring industry met every one of those 20,000 specs,” Grosklags said, via USNI News. “That’s where we spend all our time today during T&E, validating that industry met the specs. The fleet couldn’t care less, the fleet wants to know that the attributes and the capabilities that they’re counting on will be met.”

While Grosklags expressed his enthusiasm for moving to a digital, model-based process, he noted it’s a lot easier than implementation. That said, NAVAIR intends to begin adding model-based engineering any way it can, including implementing it into into new designs and sustainment programs, and learn quickly through the process.

Read full coverage of Grosklags’ talk at USNI News, and check out our e-book, “All Systems Go,” on how to unify systems engineering processes and people.