What Did We Learn: Snapchat Spectacles 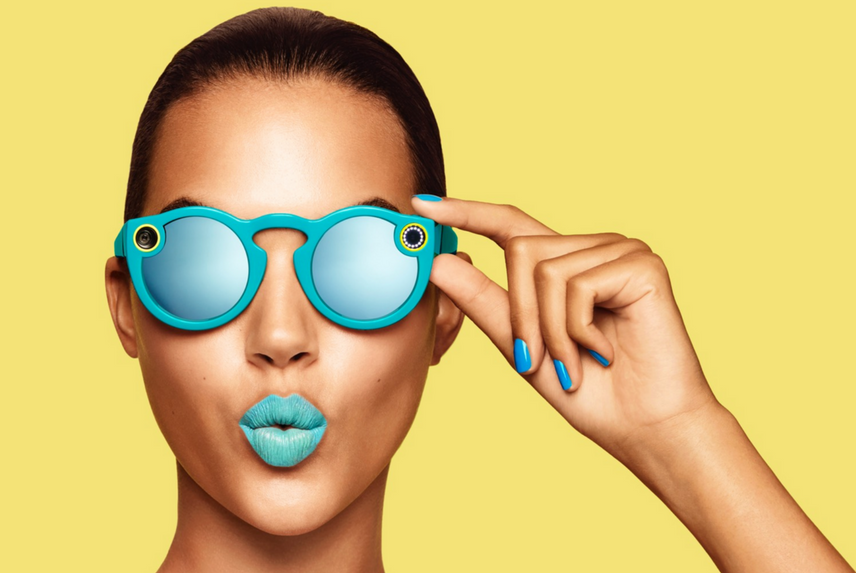 Misfires are tough for companies to endure, but they can also provide excellent lessons for others. What Did We Learn is an ongoing feature series focusing on insights gleaned from unsuccessful companies and products.
Snapchat Spectacles hit the scene with a much-hyped debut back in late 2016. Available initially only in a single, bright-yellow pop-up vending machine on the Venice Beach boardwalk, the days and weeks after launch saw lines around the block of eager Snapchatters looking to, erm, snap, up a pair of their own.
Just a year and change after the viral launch — which saw high demand, and numerous other such vending machines crop up in various US cities — there are reportedly hundreds of thousands of unsold pairs just collecting dust.
The crux of the $129 Bluetooth and Wi-Fi-enabled augmented reality sunglasses — now available for purchase online — is that they are equipped with a pair of camera lenses that let wearers to, with a tap of the left lens, record and post their point of view directly to their Snapchat accounts in up to 10-second video increments.
During the peak of the launch hype, the specs sold extremely well. Pairs were spotted on eBay selling for upwards of $900. If the initial demand was robust, how did a company with more than 187 million daily (very) active users only manage to sell this product to .08% of them?
Failure to Anticipate Demand
A viral launch of a new product for a popular app seems like a sure money-making proposition, but based on sales figures for Spectacles, it looks like only the most ardent Snapchatters came out to buy them before the hype died down.
In October 2017, Snapchat CEO Evan Spiegel said on stage at a Vanity Fair Summit that the company had sold 150,000 pairs of the glasses, which generated slightly more than $8 million in revenue (out of total revenue of $150 million).
That number is a drop in the bucket for a company with such a large userbase, and a sign it vastly overestimated demand for its first-ever hardware product. Spiegel has noted repeatedly that the company has struggled to explain its long-term value proposition to investors, including with Spectacles.
Virality Isn’t Everything
In spite of a splashy launch that garnered a lot of attention, the hype quickly died down and the product failed to gain traction in the long term.
For whatever reason, the company waited a full five months after launch to make Spectacles available online, perhaps trying to squeeze the limited availability/FOMO juice a bit too long.
By the time the specs could be purchased online by a wider consumer base, mixed reviews noting Spectacles’ limited functionality — including not having the ability to take still photos and making it difficult to share video on other social networks — had already taken some of the bloom off the rose.
As The Los Angeles Times noted, “Spectacles aren’t perfect. They make boring wide shots and blurry night recordings. They don’t take stills and don’t zoom. And indoor usage is unlikely because wearing sunglasses inside is weird.”
Some of those critiques may have helped explain why Business Insider reported that Snapchat internal data showed fewer than 50% of buyers continued using the specs a month after purchasing.
Combined with failing to broadly incorporate multiple sales channels early on, this strategy likely cost Spectacles key early momentum.
Not Learning from Previous Product Failures
Google’s high-profile failure with Google Glass — its take on augmented reality glasses — should have been a warning to Snap that the public’s appetite for such a product might not quite be there yet.
Google Glass had considerably more functionality than Spectacles and still failed to catch fire with a wide audience (although it has had something of a revival in the manufacturing space). Still, releasing a product similar to one the public had recently shown an aversion to was a real gamble.
Muddying the Waters on Defining Your Company
Shortly before Spectacles’ launch, in an S.E.C. filing reported on by The Wall Street Journal, Snap declared itself, puzzlingly, a camera company. This was seen as a somewhat odd declaration for a company best known for its photo-sharing app, and for whom Spectacles represented their first real foray doing anything resembling making cameras. The lukewarm reception of the quality and functionality of Spectacles didn’t buttress the company’s claims (or its initial IPO), either.
The launch of Snapchat Spectacles shows that products with an exciting and interesting release aimed at a large, built-in audience are not guaranteed successes. Whether it was Spectacles’ limited utility allure, price tag or launch strategy, the glasses were considered one of the biggest product misses of 2017, forcing Snap to write off $40 million in unsold inventory and excess purchasing commitments.
If done right, Spectacles could have been a valuable revenue stream for the young company, which famously turned down a $30 billion acquisition offer by Google in 2016. Not that Snap has given up on Spectacles just yet.
While there’s no plans to release a new version of the glasses this year, there’s been stories about Spectacles finding alternate uses such as assisting with medical training, so it’s possible we’ve only seen the iteration of Snapchat’s hardware ambitions.
Learn some ways companies developing connected devices and wearables can improve their processes in our report, “Developing for Success in Consumer Electronics.”