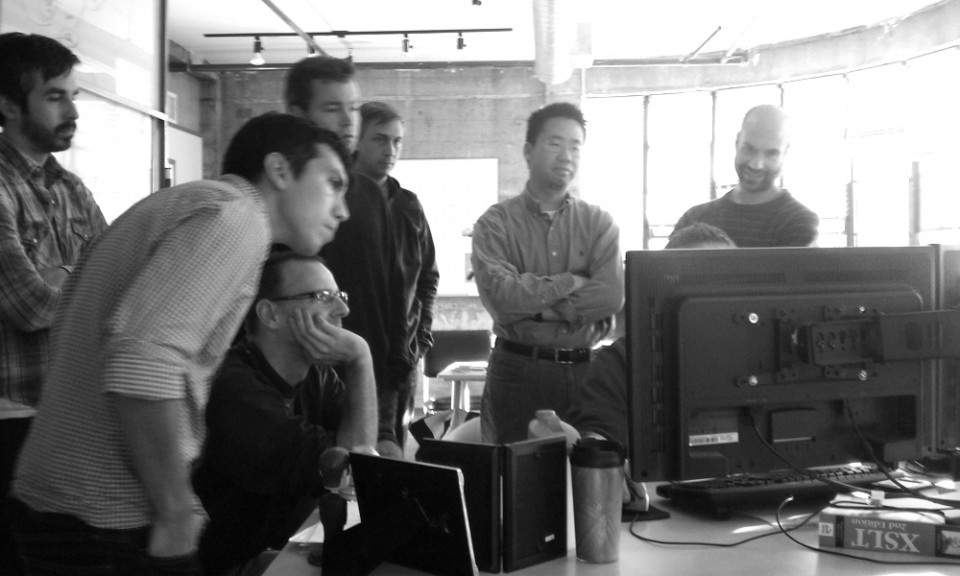 Jama co-founders Eric, Derwyn and Sean collaborate with the dev team in one of our earlier offices

In the early days, there were three of us: Eric Winquist, Sean Tong and me. We were setting out to do something that we knew was needed in our industry, to build a truly collaborative tool that people would use to build really complex things. We had big ideas and a not so big office. As we moved into our first space, we were faced with a question of distribution: two rooms, three people.

One would have been ok, three would have been ok, but two rooms posed a problem. Making it worse was the fact that the smaller room was also the room with large bright windows looking out to some moderately good office park landscaping. Ultimately it was warm and inviting while the other room felt more like a glorified entryway. So the question loomed before us as we stood there awkwardly, each with a used laptop in hand. Who would get the small room with the windows?

It was too early in the start-up to make a decision based on hierarchy – that didn’t yet exist. We were peers embarking on a grand journey that was built on trust and respect. As the company evolved, that would happen naturally, but we weren’t there yet.

In the end, we did what any sensible start-up would do. We figured out how to cram three desks into the small room. The desks barely fit and getting in and out was awkward but it worked. The close quarters brought us closer together and enabled us to collaborate on the fly. Also, we now had a big empty room to fill with grand ideas – to stand up and talk things through when we hit roadblocks.

Since that first office, Jama has been in 8 different spaces. In each instance the first thing we’ve done is set about making it feel like home. Whiteboards are always a must, couches, computers (chosen by the user), and open spaces to think and explore.  We’ve never considered cubed walls and offices only recently have been used (with glass walls).

Instead of two rooms we now have two offices, and a lot more than 3 people. The tone struck in the early days of our inception has remained resonant through our growth. Open and collaborative remain the key tenets fostered in that early decision to focus on being a team before anything else. 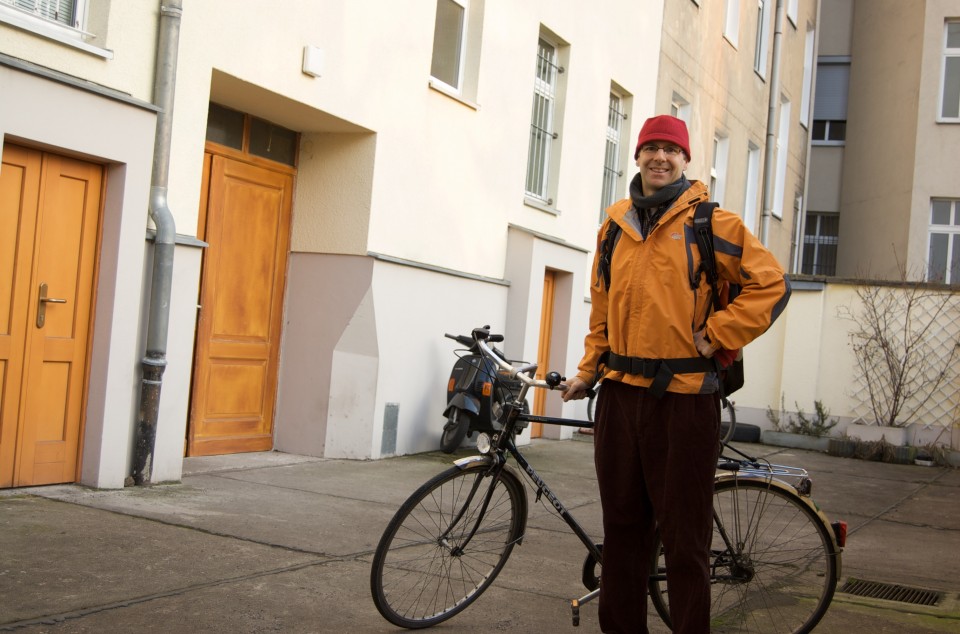 Derwyn during a visit to an early Jama customer in Germany