The Bright Future of 5G Technology for New Products It’s been almost eight years since 4G technology found its way to U.S. cellular carriers. Now, its successor, 5G (short for fifth-generation wireless technology), is set to be a game changer in industries as wide-ranging as autonomous vehicles, medical devices, voice-controlled home assistants and robotics.

Far more than just a faster version of the 4G standard, 5G — which was just released out of the experimental phase last month — promises to support significantly more mobile devices at a time without slowing network speeds and offering lower latency.

As of now, 5G is slated be rolled out on select U.S. cellular networks as early as this year. And its increased usage could provide developers and designers with much more reliable connectivity than is available using today’s protocols, which could lead to some incredible things.

This means real-time computations can lean on cloud-based services to handle the added informational workload, which could give existing artificial intelligence software and hardware a big boost of smarts and capabilities.

An autonomous vehicle equipped with 5G, for instance, could exchange small amounts of data with the cloud on a continuous basis, and run comparisons with other cars to determine how to handle certain situations at any given time. Gradually, as 5G connectivity blankets roadways and buildings, connected vehicles will be in constant communication with the world around them.

This would unify the map-updating process among all connected cars, bringing together their shared data and putting it to use for the greater intelligence of the group.

Perhaps most exciting from a driver’s point of view, 5G could enable inter-vehicle communication to enable cars to more efficiently navigate obstacles like traffic lights.

Healthcare is another area where 5G is predicted to contribute greatly in a spectrum of services. According to Qualcomm.com, among the areas expected to benefit the most are Internet of Medical Things (IoMT) and Enhanced Mobile Broadband (eMBB).

For instance, more connected medical devices, such as health-monitoring wearables, will be used to monitor patients. With enough collected data, doctors could rely on predictive analytics to make more accurate diagnoses.

5G is also slated to help bolster eMBB, which would, in turn, bolster everything from live video streaming to virtual and augmented reality. Currently, proper VR systems are dependent on wearable headsets and high-powered computers (or computer backpacks).

With 5G, lightweight mobile solutions are imminently more possible, allowing for a greater immersive experience without the lag that’s notorious for causing nausea among users in the current generation of VR technology. This would dramatically improve scenarios where doctors are treating patients in remote locations, for instance, as well as with medical training.

Unlike previous cellular networks reliant on large towers, 5G is likely to be comprised of networked devices as small as home networking routers, according to PC Mag.

The possibilities for 5G go beyond cellular connectivity, and many carriers are eying it for home use as well. Verizon plans to roll out fixed 5G home internet service in a few test cities in 2018. Current 4G capability was never a viable home internet solution because the network simply lacks the capacity for the kind of data that would be flowing through a home-based system.

It’s also considerably easier to kit out a home with 5G. Internet service providers would simply install fiber optics to cell sites every few blocks, and provide customers with wireless modems that connect to the system, according to PC Mag. This is much more efficient than the current method of digging up each and every street to lay new fiber optic cables.

5G represents a multi-generational leap in internet connectivity, and before long will bring nascent technologies firmly into maturity right alongside it. Given how quickly the IoT market is growing, 5G is likely to usher in a wave of new technologies and near-instant upgrades to existing ones.

Learn how a variety of companies are navigating the rapid shifts of developing connected products with the report, “Bridging the Gap in Digital Product Design.” 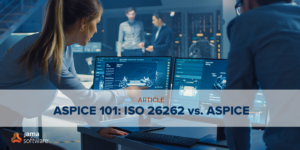