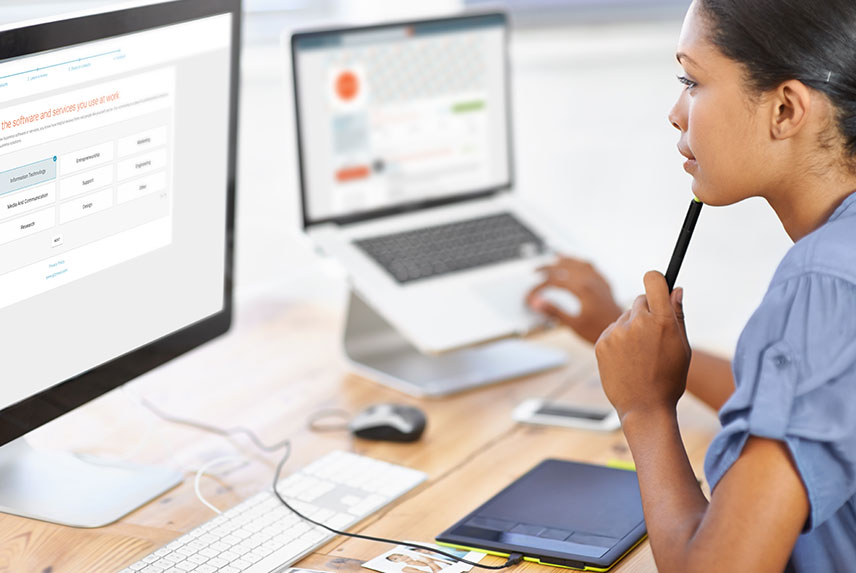 Today, most consumers research products online before purchasing. Doesn’t matter if the product is B2C or B2B, or even if there’s a single competitor in the marketplace. You can bet customers are searching for opinions on your product, as well as alternative options.

“We are seeing the growing power of a customer in driving perceptions of brands/products, and reviews is just one way,” Tom Collinger, Executive Director of the Spiegel Research Center at Northwestern University, wrote in an email to Jama Software.

Recent research has highlighted the ways in which consumers perceive online reviews and how they inform purchasing decisions. And from that has come insights into how companies can think about online reviews — including why negative ones aren’t all bad — as well as ideas for future-proofing from backlash.

Researchers at the Institute of Cognitive Neuroscience at University College London, for instance, recently looked at how online reviews influence the perception of a product. The study first had 18 participants rate a range of Amazon items based only on image and description. The subjects were then asked to score the products a second time, but were instead shown the image along with aggregated user reviews, which displayed the average score and total number of reviews.

Turns out the subjects’ opinions were very much swayed by reviews, as their second round of ratings fell somewhere between their original score and the average. As Science Daily notes, “Crucially, when products had a large number of reviewers, participants were more inclined to give ratings that lined up with the review score, particularly if they lacked confidence in their initial appraisals, while they were less influenced by ratings that came from a small number of reviewers.”

As the study showed, people leaned more toward group consensus when their confidence about a product’s overall quality was low and the pool of reviews was large. Anecdotally, this seems to track. If you see a product online with over a thousand five-star reviews versus one with just two five-star reviews, you’re probably more likely to trust the one with more reviews, since it appears more credible.

Not that products with tons of 5-star reviews receive a blanket pass. Another recent study on the power of online reviews, this time conducted by Northwestern University’s Spiegel Research Center, in conjunction with the platform PowerReviews, analyzed millions of customer experiences from online retailers.

Northwestern discovered that products with near perfect scores can sometimes appear almost too good to be true. “Across product categories, we found that purchase likelihood typically peaks at ratings in the 4.0 – 4.7 range, and then begins to decrease as ratings approach 5.0,” the report states. So while you shouldn’t seek to attract purely negative reviews, some can help your product’s authenticity.

Beyond that, Northwestern also detailed some other ways in which negative reviews can help a product. By displaying at least five reviews online, positive or negative, the purchase likelihood is 270% greater than that of a product with zero reviews, according to the study.

The study also discovered that nearly all increases in purchase likelihood of a product from online reviews occurred within the initial 10 reviews posted, with the first half of those being the most influential.

Of course, not all websites display reviews the same way. Some sort by review quality over chronological order, for instance. For the purposes of this research, the first five were found to be the most important regardless of how they were presented. “Our analysis describes the first five the consumer sees,” Collinger wrote in an email to Jama Software. “This is independent of the way in which they are listed by the retailer.”

This is why it’s so important for a company to get a product right at release. If a new offering gets savaged by a wave of online reviews initially, regardless of how they’re sorted on a website, those will be the first and most influential opinions people read when considering a product. And that reputation can stick. Patching the problem in future releases well help, but then you’re counting on people updating their reviews later on, which is no sure thing.

When managing online reviews, the Northwestern study urged companies to focus on the first five reviews, embrace critical reviews, and follow-up purchases via email to urge consumers to write reviews. In fact, reviews from actual, verified buyers — as opposed to those who post reviews anonymously — are more likely to be positive than negative. Also, making it easy for buyers to post reviews on a company’s website, for instance, regardless of their device or platform, was recommended.

From a business standpoint, one other fundamental way to get online reviews working in your favor is by releasing the best product possible. That starts with a solid development process, with plenty of quality safeguards in place.

Best practices like implementing test management early and often, for instance, will reduce the number of defects or bugs that are likely to show up in your final release. Often, it’s exactly those types of design misfires that’ll get a product maligned by early online reviews.

And while ensuring the quality of a final product is a key factor of success with online reviews, according to Collinger, it doesn’t stop there. “Getting the entire customer experience right is the very simple solution to leverage this growing customer influence,” he wrote.