How NASA Might Revolutionize Supersonic Air Travel in the US 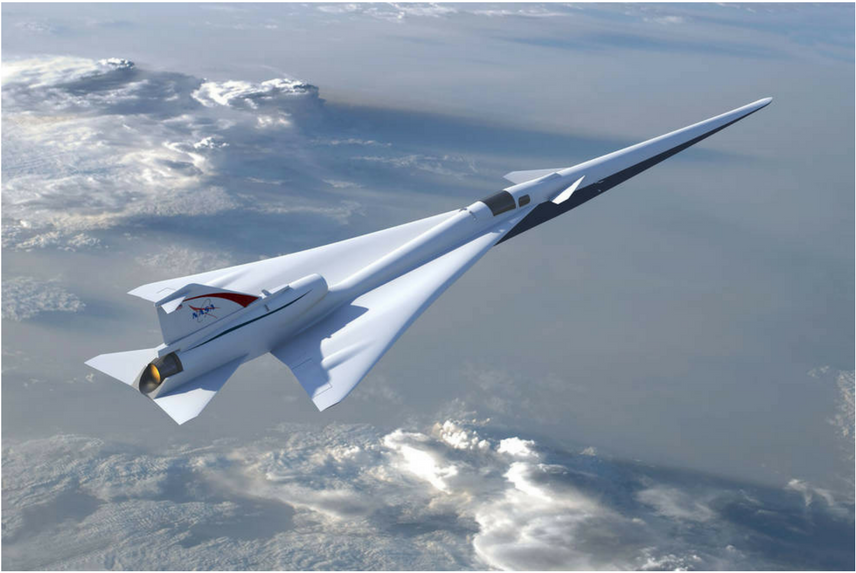 NASA hopes to evolve supersonic air travel with technology that could potentially slash domestic flight times in half.

Under a proposed budget from the Trump administration for fiscal year 2019, NASA — a Jama customer — would receive full authorization and funding for an experimental aircraft.

Dubbed the Low-Boom Flight Demonstrator (LBFD) or “X-Plane,” the innovation would travel faster than the speed of sound and at a much quieter rate than previous aircraft in its category.

If all goes to plan, the Trump administration is hoping the plane — slated to make its debut flight in 2021 — could “open a new market for U.S. companies to build faster commercial airliners, creating jobs and cutting cross-country flight times in half,” according to the budget proposal.

NASA has already started early work on the X-Plane, teaming up with Lockheed Martin on its design and testing the latest supersonic technology off the coast of Florida.

One of the biggest drawbacks of previous iterations of supersonic aircraft was the crazy loud sonic booms they would make when flying.

In the early ‘70s, the Federal Aviation Administration (FAA) banned supersonic passenger planes from travelling over land, largely because of the noise factor.

That’s one of the main reasons a previous supersonic passenger plane, the Concorde — which travelled from 1976-2003 — was only mostly allowed to fly over largely unpopulated areas like oceans.

With the X-Plane, on the other hand, NASA is currently seeking to lower the sonic boom to around 60 dBA or below, making it more feasible for domestic travel. In fact, a NASA engineer told Mashable his team is hoping to reduce the aircraft’s booms to be as soft as a heartbeat.

To do this, NASA’s design strategy involves ensuring the aircraft is slender enough so that it generates “shockwaves of lower, more equal strength that do not form into such strong bow and tail shocks,” according to the Daily Mail.

If successful, it’s speculated the plane could be nearly inaudible to those on the ground while in flight. And, if that’s the case, such advancements could help make a case to the FAA that supersonic travel should be allowed over land for commercial purposes.

Of course, it’s not like innovative private companies are waiting on the FAA to reverse its ban on supersonic aircraft.

Another Jama customer, Boom, is currently developing supersonic commercial airplanes. Boom says its airliner is “designed to maximize efficiency while producing a ‘boom’ at least 30 times quieter than Concorde’s.”

Boom is aiming to have its supersonic airliners up and serving customers by 2023, and already has orders from Japan Airlines and Virgin Group.

“The next big thing, hopefully in my lifetime, will be supersonic travel coming back and people traveling around the world in next to no time,” Virgin Group founder Richard Branson recently told Bloomberg Television. “And hopefully in a relatively environmentally friendly way.”

As for now, any flight that could get us across the country in around the same time it takes to watch a movie? We’re all for it.